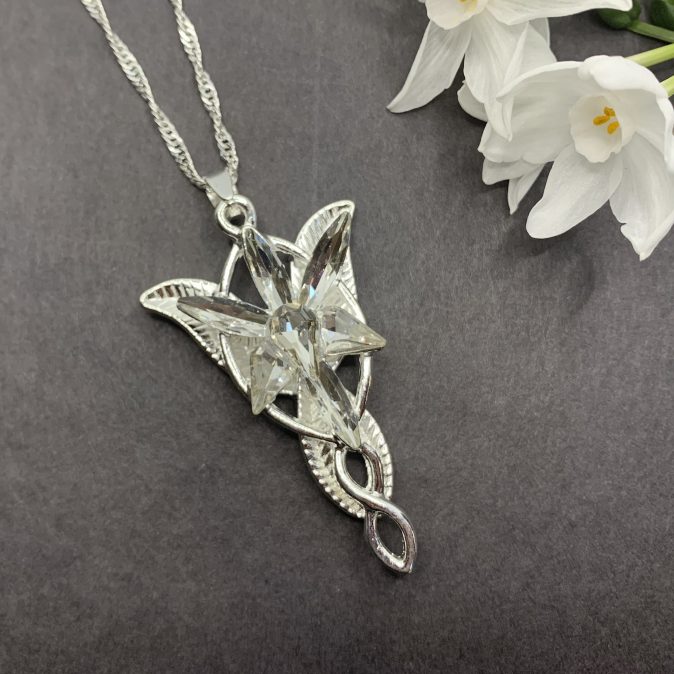 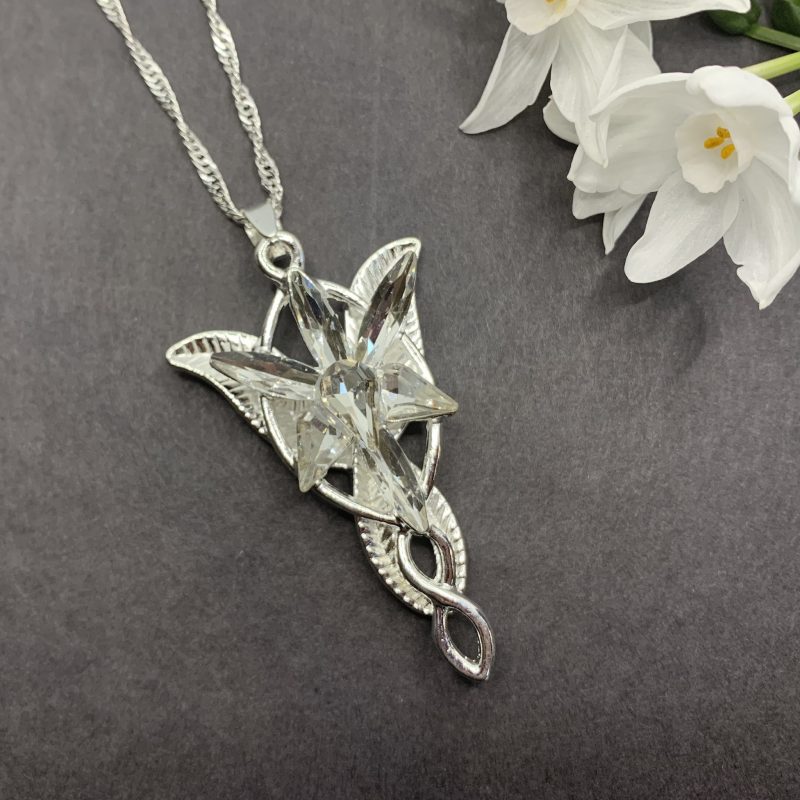 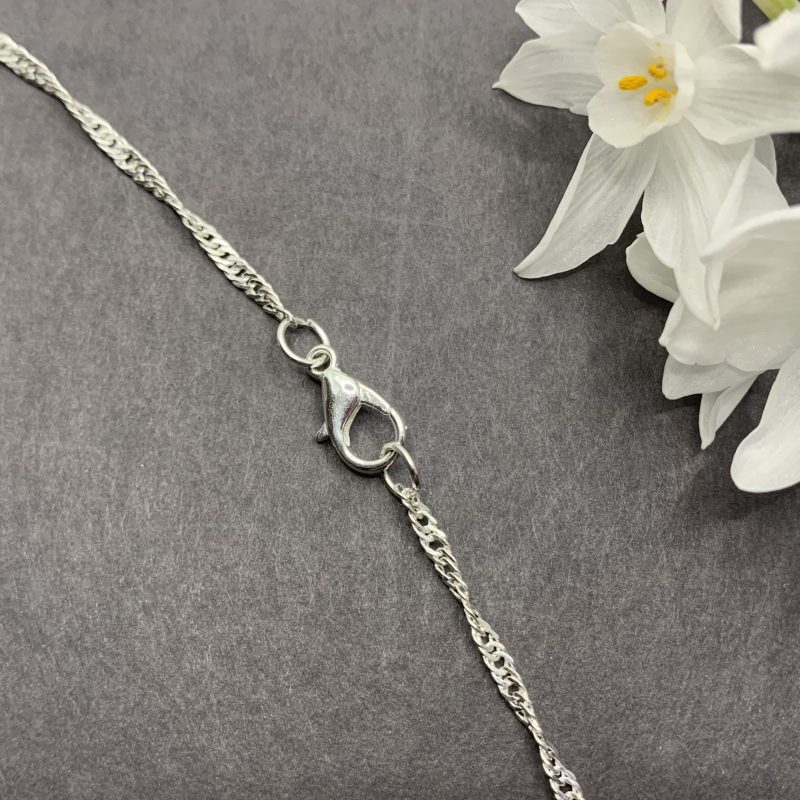 This high-quality 3D Arwen Pendant or Evenstar Pendant has 7 cut crystals set on top of a vine-like structure with two leaves in the background. It includes a strong chain.

The Evenstar Pendant is a full-sized replica of the pendant used in the Lord of the Rings movies. Given to Aragorn by Arwen, it was a symbol of Arwen and her commitment to the future King while he journeyed far from her.

Director Peter Jackson did take some artistic liberties in adapting Tolkien’s The Lord of the Rings to the screen. For one thing, he replaced Glorfindel with Arwen, and he gave Arwen a beautiful necklace that wasn’t in the book – the Evenstar necklace. Because it is not in the books, the history of the necklace is not clear. Perhaps it is something like the Vial of Galadriel and captures the light of the evening star in its crystal. The ability of beings and substances to capture and hold light plays a very important role in the broader Tolkien mythology. More likely, though, this is simply a beautiful jewel worn by Arwen Undómiel, which means “Evenstar.”

At the start of The Fellowship of the Ring, Arwen is wearing the Evenstar pendant but when Aragorn departs she gives him her necklace as a sign of her love and commitment. When Aragorn breaks off their relationship, convinced by Arwen’s father that it’s the right thing to do, he attempts to return the necklace, but she refuses. The necklace then becomes the symbol of their relationship throughout the movies eventually being broken when the enemy reveals to Aragorn that Arwen’s life is tied to the outcome of the seemingly hopeless battle with Sauron.

At the end of the movie, the relationship between Arwen and Aragorn is joyous, but it is also hauntingly beautiful. Arwen’s elven heritage provides a long life that forces her to mourn Aragorn when he dies, and then, all of her kin long gone from Middle Earth, she returns to the empty Lorién and dies alone of a broken heart.

This is a beautiful and elegant piece that can symbolize much more than fandom of the Lord of the Rings.

There are no reviews yet.