What was a Medieval Cloak Made Out Of? 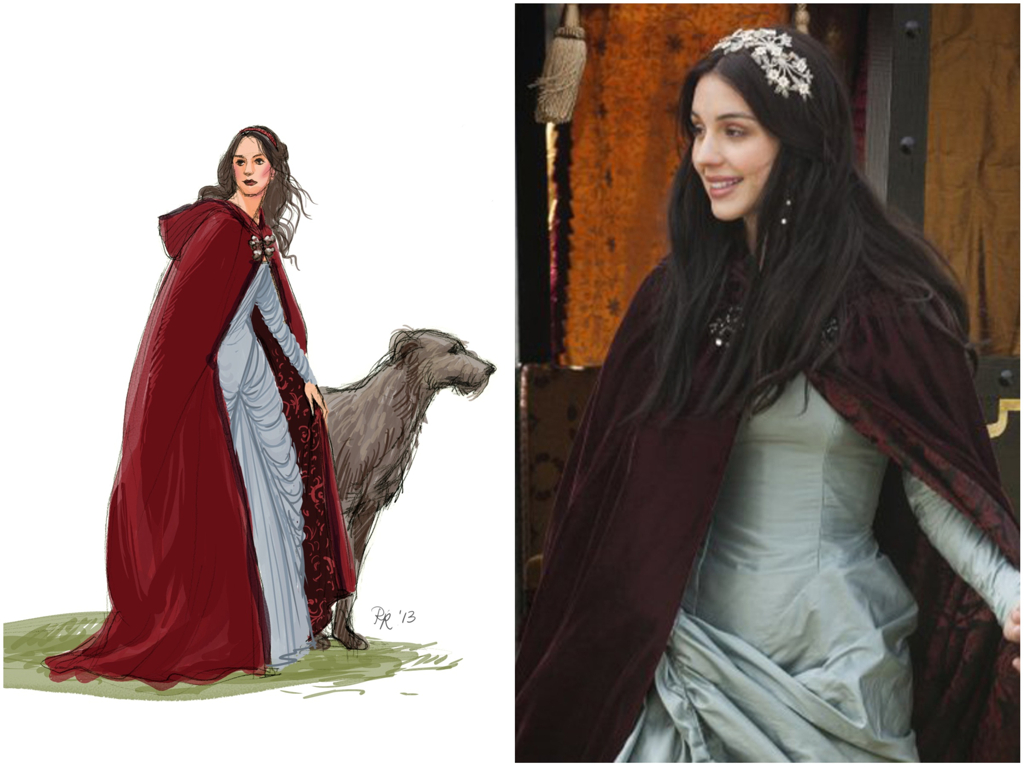 A Medieval Cloak was made from Wool

Woolen medieval cloaks were worn by rich and poor alike as that is what was available to protect people from the cold. At the time, most fabric and garments were made locally, sometimes at home. Thus, people didn’t have many fabrics or stylish garments to choose from.

In the 1200’s, fashion became a thing and the wealthy had a myriad of fabrics, colors, garments, and accessories to pick from. How did this come about? From 500 AD to 1100’s AD, Europe was mired in war and political instability. A huge shift occurred in the 1200’s. Trade commenced and flourished, thanks to peace and stability among European cities, states and countries.

Types of Fabrics Used for Medieval Cloaks and Clothing

Interestingly, the word ‘novelty’ is believed to have been coined for the first time in the 1200’s and the word ‘fashion’ came about a few centuries later during the Renaissance. The wealthy and royals became interested in novel outfits and wardrobes. They used expensive, extravagant fashion, and increasing novelty to show off their status and wealth.

In the early Middle Ages, the wealthy were wearing simple medieval hooded cloaks, woolen outer garments and linen undergarments, to the best of our knowledge. Once more luxurious fabrics became available, the wealthy, royals and the church made hooded cloaks, short capes, vestments, doublets, tunics and much more, from different textiles in a range of colors and weights. Bright, bold colors, were embraced by the wealthy, as well as various kinds of costly and finely-woven textural textiles. There were even fabrics and trim made with gold and silver threads.

Many new fabrics were introduced from Asia. Additionally, new textiles were invented in Europe. Italian master silk textile makers started making taffeta, velvet, and damask, among others and exporting them through out the European Continent.

Wool was woven, but it could also be knitted or crocheted. It could be thick and warm, or delicate and light. Felted wool was also used for hats and other items. In the Middle Ages, wool was the most available and popular fabric as it had been in prior centuries.

Growing flax and making it into linen is a laborious and time-consuming process. Linen is sought after for its strength, but it also wrinkles easily. Linen was used primarily for veils and ladies’ wimples (a kind of hat), undergarments, as well as household items like table clothes and napkins. Though linen wasn’t affordable to the poor, it was the second most popular textile fiber.

As you probably know, silk is made from a long process involving a fiber made by silk worms. It was reintroduced into Europe from Asia in the 1200’s. The Italians were particularly skilled a weaving silk. Not only did they make the kinds of smooth silk textiles we are familiar with, they also used silk to make fine velvet, damask and more. Silk is associated with the wealthy, royals, and the Church, as it was not affordable to the lower classes.

Velvet sailed in from Asia and caused a sensation in Europe. The Italian textile masters started making velvet and exporting it throughout Europe to be made into luxurious garments including velvet medieval hooded cloaks and capes and religious vestments. Velvet is made on separate looms using a special technique that loops raised tufts together and then cuts them apart after weaving. It’s expensive because of the skilled and intensive process required to make it. Velvet’s high price contributed to its long association with royalty, as initially only royalty could afford it and later laws permitted only royalty to wear velvet.

More Medieval Fabrics Such as Damask, Scarlet, Hemp, and Cotton

Damask refers to style of weaving that creates a rich pattern on both sides. The fabric itself can be made from a variety of fibers, such as silk, wool, linen or cotton. The name damask comes from the city of Damascus which was an active on the silk road. In the 1300’s, Italian weavers also produced damask for the European market.

Scarlet wasn’t only a color, but was also a luxurious woolen broadcloth in Medieval Europe. Kings, princes and the wealthy, gravitated to scarlet for its bold, bright color and for its connotation of wealth and high status. Though other fabrics might be dyed scarlet (more about this dye later), this particular woolen broadcloth, was called scarlet. It was woven of the finest English wools, and always dyed with kermes (more about this later as well). This scarlet cloth was extremely fashionable in the fourteen and fifteen century but faded from popularity in the sixteenth and seventeenth centuries.

Hemp is a strong fiber used to make sails, rope and other work-related items. It may also have been used in Medieval Times to make some household items, such as aprons and undergarments.

Cotton was used as an alternative to linen from time to time. While cotton is extremely popular today, its use was minor in Medieval times because cotton doesn’t grow well in cold climates. However, Spain and Italy had a cotton industry and thus cotton was somewhat available.

Russet was a coarse cloth for the medieval cloak that poor people were legally required to wear in England. Its made of wool and dyed with woad and madder that gave it a dull grey or brown color. Some squires and priests wore russet cloaks as well as a sign of humility but even they selected a somewhat better quality of russet.

Leather has been used since the stone age to make many everyday things. We know that in the Middle Ages, leather shoes, belts, armor, horse tackle, and furniture were all available. In addition to its strength and flexibility, leather could also be dyed, painted, or tooled for ornamentation.

In early medieval Europe, fur was common, but considered too barbarian looking to wear in public or in court. Fur came back into fashion, particularly as a trim or lining for the medieval cloak and other outer garments. Think of the ermine robes of Kings seen in picture books. European furs such as beaver, fox, and squirrel were used. The wealthy purchased furs they considered more elegant from Asia such as sable, ermine, and marten.

The Colors of Medieval Clothing

Medieval Clothing could be colorful, especially for the wealthy! Both the wealthy and the poor would dye their clothing. A full spectrum of colored dyes could be found in nature from plants, roots, lichen, bark, nuts, insects, mollusks and iron oxide. Poor people used these natural dyes or they wore undyed fabric in shades of beige and off-white.

Bolder colors were attainable with more expensive dyes and a longer dyeing process. The wealthy and royals displayed their wealth by wearing bright and expensive colors. Another interesting detail is that dyed fabric would fade quickly without a fixative. Thus, the dyes were mixed with a substance called mordant to set the bright colors.

Another detail is that there was a dark blue dye called woad from a flowering plant that didn’t require a mordant. Woad or “Dyer’s Woad” became popular at every level of society because of its attractive blue and convenience.

Speaking of expensive dyes, Scarlet played a major role in fashion of the Middle Ages and refers to both the color as well as a specific fabric. When the Roman Empire crumbled in 5 Century AC, the early Christian church adopted many of its symbols including the color scarlet for important people and events.

For example, the flag of the Crusaders had a white background and large scarlet cross — symbolizing sacrifice and blood. Before 1295, Cardinals wore red robes with a purple tone that was perviously worn by the Byzantine Emperors. That purplish red comes from murex, a mollusk. The red (with a purple tone) became unavailable after 1453 when the Turks took over Constantinople. Cardinals then selected scarlet made called Kermes (made from an insect that lives on Kermes oak trees.) To the best of my knowledge, it was the most expensive dyes available at the time.

The Evidence for Medieval Fabrics and Garments

Almost no garments remain from the Middle Ages. Those that do, come from some unique circumstances — like they were buried under a knight’s armor or preserved in a peat bog on a “bog body.”

What we do know about Medieval fashions comes from art of Medieval times such as illuminated manuscripts, statues, paintings, tapestries, and tomb effigies. However, dating the garments is challenging. Even when historians know when the art work was created, it can be difficult to know what time period is being depicted. For example, the artist might have been inspired by an earlier historical subject.

Historians have also found that clothing terminology varies from source to source. Unfortunately, there is no single source that lists all the available garments. Instead, historians have compared data from a wide range of sources such as wills, household account books, and letters to glean an accurate picture. Thus, what we do know about medieval hooded cloaks, capes, vestments, textiles, and garments is based on limited data and deduction.