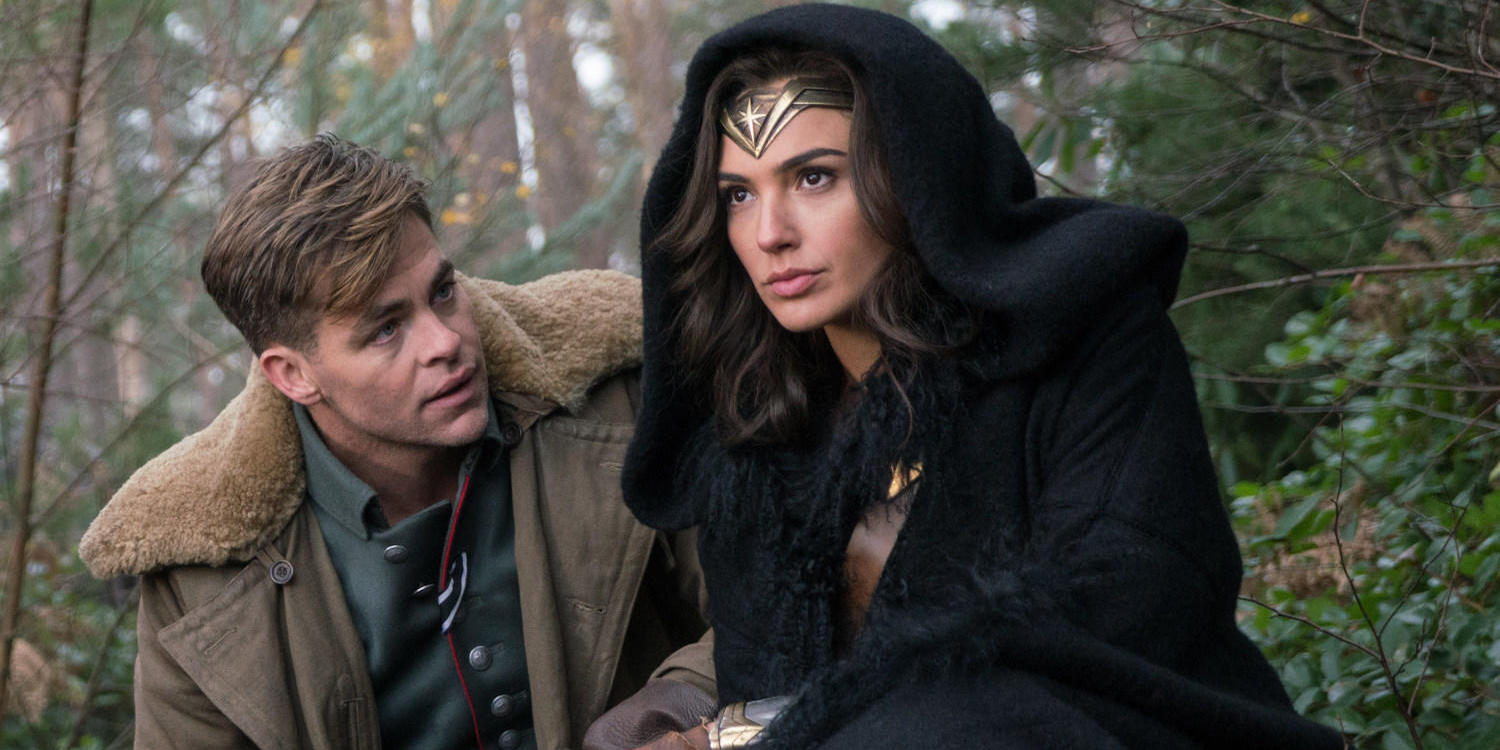 “Wonder Woman” 2017 was a profound cultural touchpoint — a movie we were seriously desiring based on the glowing reviews and box office busting ticket sale numbers. Fashionista.com stated, “It’s feminist battle cry, a kick-ass action movie (with plenty of laughs, too, thanks to the magnetic leads) and an inspiring reminder to uphold moral and humanitarian values.” Israeli actress Gal Gadot, plays Diana Prince, a.k.a. Wonder Woman, the Princess of Themiscyra. Wonder Woman was reintroduced to audiences last year in “Batman v. Superman: Dawn of Justice” and stole the show with her buoyancy presence in an otherwise stiff male cast. The new Wonder Woman movie begins in Diana’s ancestral home on the secret Amazonian island of Themiscyra and then transports us to World War I-era England. Lindy Hemming, an Oscar-winning costume designer, is the designer of the phenomenal costumes including the updated super suit, the luxurious black medieval cape and many other costumes. 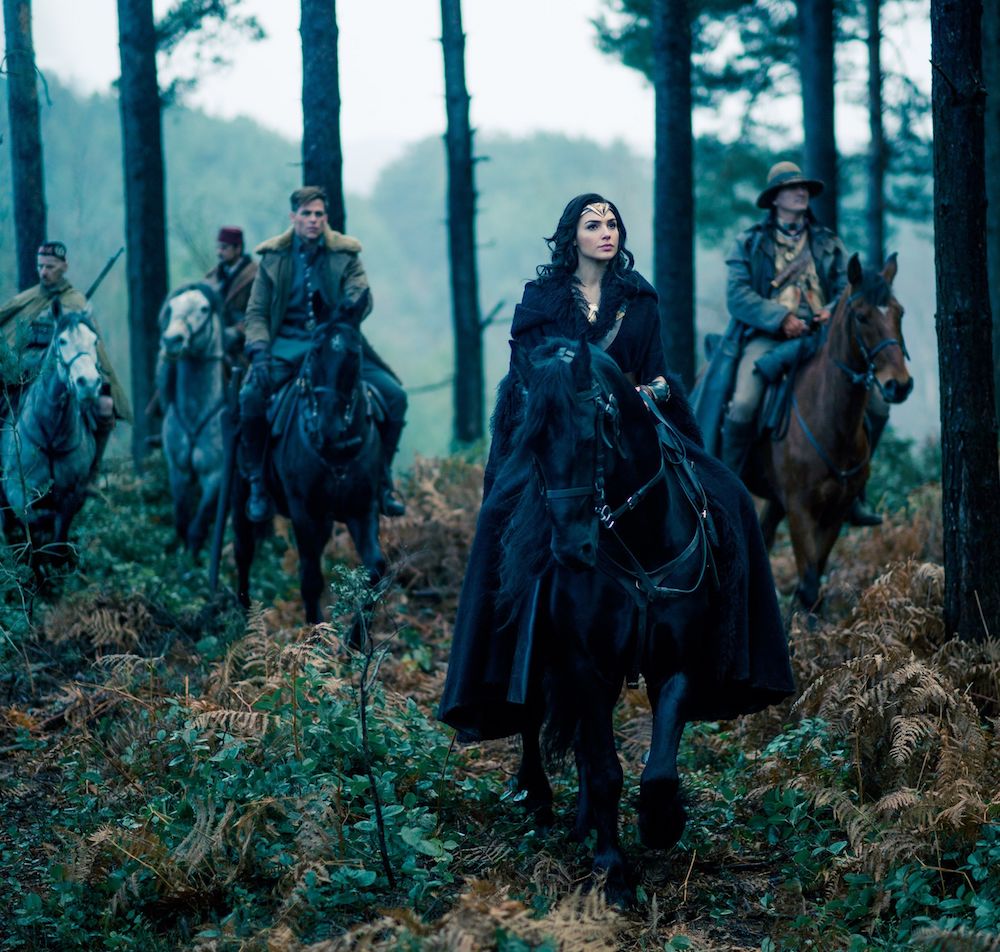 Medieval capes and cloaks are our interest here at the Raven Fox Capes blog. Therefore, I’m skipping to the mid-point in the Wonder Woman story line, when the intriguing spy Steve Trevor lands on the shores of Themiscyra. Diana agrees to leave her female-only ancestral island with Steve — and travel to dark and dank London to stop World War I. Of course, this transition opens all kind of new wardrobe possibilities for Wonder Woman. She’s attired in her super suit which is going to look a tad odd in London. Hemming handles the transition by covering Diana in a full-length black mohair and lambswool cloak with plenty of room to hide her sword, shield and lasso of truth.

As you may know, the movie starts in Diana’s ancestral home the secret island of Themiscyra, where a race of Amazon warrior women live in a female-only society. Hemming explains that, “They live on this island, and everything they have has been made by Amazons,” she explains. “Amazon jewelers, Amazon goldsmiths, Amazon leather workers. Everything had to feel like that was what was going on.” Thus she researched early Greece and “places where there had been societies run by women: queens and warriors. She also looked at athletic-wear trends, both to help make the action costumes functional and relatable to fashion-conscious audiences. “But the same time, I didn’t want them to look too fashionable,” she says. “I wanted [the Amazons] to look like they were sporty and strong and they were able to ride horses. Hopefully, they looked elegant, but elegance was not what they were originally striving for.” 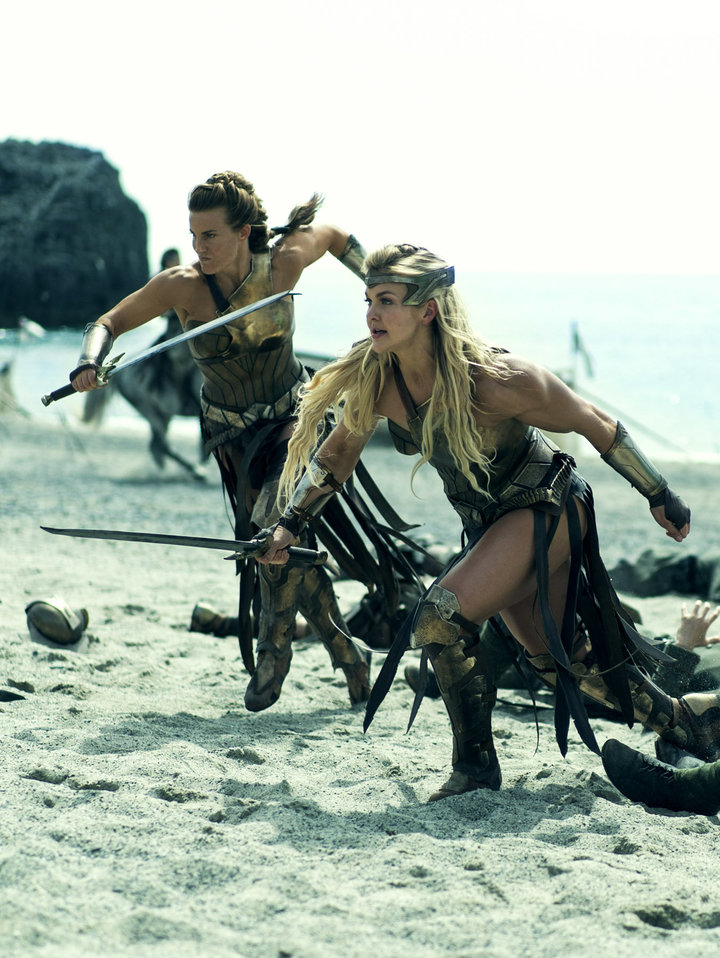 Another aspect of the costumes was the color palette. Hemming gave each woman warrior had her own color palette, for example, General Antiope (Robin Wright) wore blackberry. Extraordinarily, a mannequin was created  from a body scan for each actor and then their armor was fitted to the mannequin. The armor was made of handcrafted leather, then dyed and gilded with a faux metallic finish. The distinctive color finishes made it possible for audiences to pick out the different female warriors in the battle.

The next step is a costume change for Diana. She shops at Selfridges for a London appropriate outfit but this revealed a huge culture clash between the body-revealing, movement-friendly attire she’s accustomed to and the restrictive, full-length and frilly early-20th Century womenswear. At one point, she exclaims, “How can a woman possibly fight in this?!” When we see her next she’s wearing a feminine-tailored military uniform with a jacket and and A-line skirt with a cotton petticoat and a pair of pretty, lace-up boots. 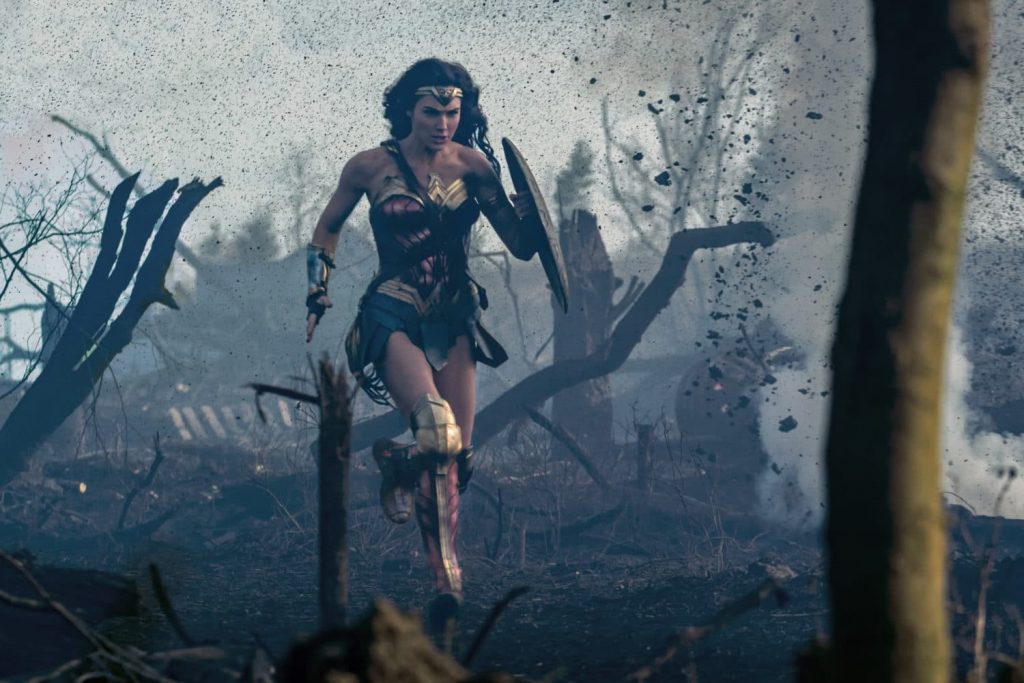 Diana and Steve head to the Western Front of the War with their comrades. Once there, Wonder Woman reveals her warrior self and the super suit. According to Hemming, months were spent adapting the super suit to make it lighter and more bendable for Wonder Woman’s acrobatic moves. The colors of red, gold and blues were also brightened and Hemming even lined the suit with faux fur to keep the actress Gal Gadot warm in all the in WW1 scenes. Gadot did a great deal of her own fighting and thus she spent many hours working in snow, rain and mud!

I think if Hemming had had carte blanche she might have made a few elements differently. She said there were a few things she couldn’t change like the Diana’s heels; though she’d redesigned the tall boots to be sportier and thus more believable. Director Jenkins had already defended the heel choice to Entertainment Weekly, saying, “It’s total wish-fulfillment. I, as a woman, want Wonder Woman to be hot as hell, fight badass and look great at the same time — the same way men want Superman to have huge pecs and an impractically big body. That makes them feel like the hero they want to be. And my hero, in my head, has really long legs.”

“I found it a bit difficult myself, but, you know, superhero films… ,” Hemming says. “You have to go along with what’s happening. There are some things that you can’t change. I just tried to make them look more believable. That was my plan.”