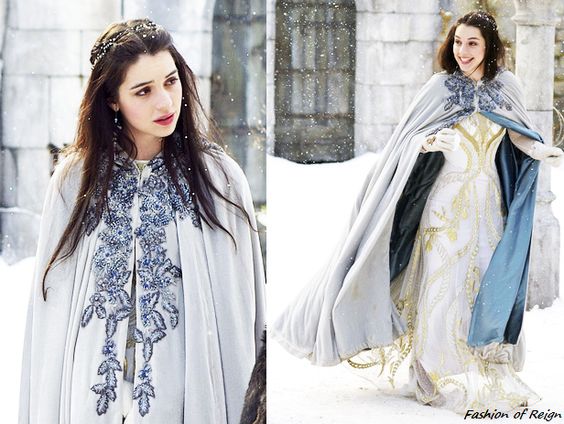 This astonishingly beautiful sky blue cloak was worn by young Mary, Queen of Scots in the CW series titled “Reign.” The show is also featured on Netflix. Fashionistas will enjoy watching this show, if not for the drama, for the rich gowns and medieval cloaks. History fanatics, not so much, as the show will not please a purist for Elizabethan fashions!

A 16th-century Look with a Modern Twist

Meredith Markwork-Pollack, the costume designer for Reign, has explained in various interviews how she developed the concept to create a 16th-century look with a modern twist. The show’s intention is to create a hybrid fashion that weaves current fashions with historic styles.

The producers and Meredith created their own fantasy fashion, to a large degree based on the Free People brand, various designers like Alexander McQueen and Oscar De La Renta gowns, and stunning vintage finds. Additionally, some costumes were custom made like this light blue medieval cloak with eye-catching cobalt embroidery, pictured above. 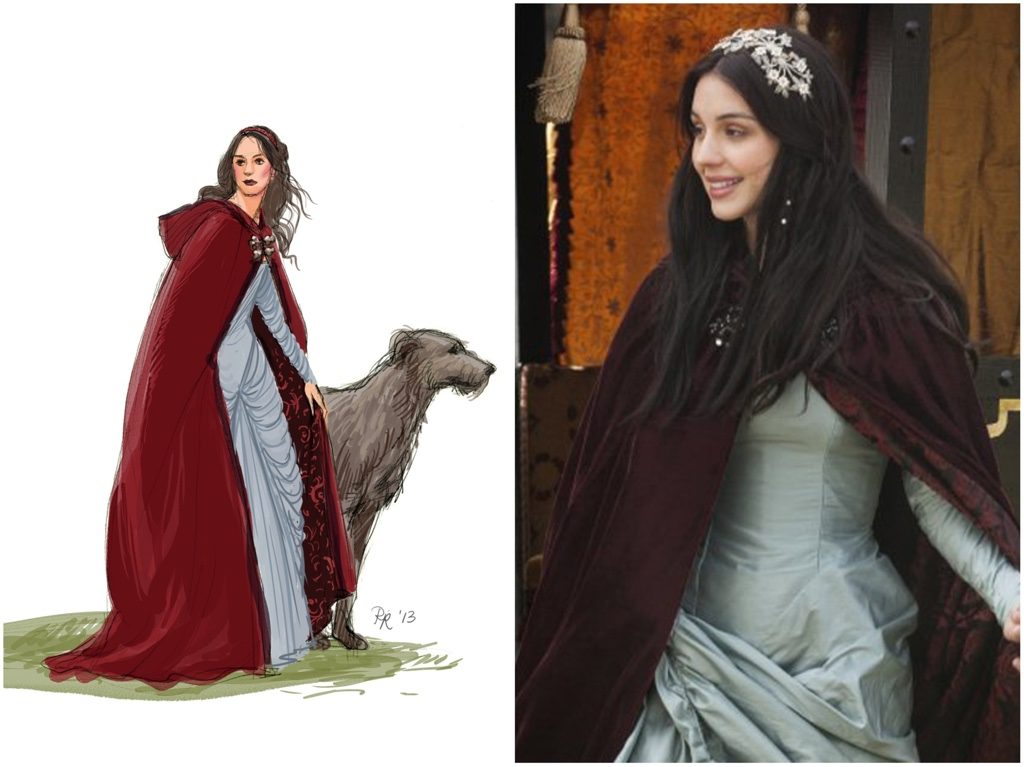 Markwork-Pollack decided what aspects of 16th Century fashion would appeal to CW’s teen audience and what elements would not. For example, men in pumpkin shorts were definitely out, as were the constricting high Elizabethan collars and panniers, which women wore under their petticoats to greatly exaggerate their hips.

A Romantic and Relaxed Approach

To make the costumes contemporary but believable, Markwork-Pollack started with historical Elizabethan period paintings of Mary, Catherine or Elizabeth and took cues from the fabrics pictured. It was a romantic approach, combining impressive gowns and medieval cloaks with a more relaxed feel. Markwork-Pollack realized that the best way to blend the historical and contemporary styles was all in the palette and textures. Ultimately, she figured if the costume looked like it belonged, then most wouldn’t question it. 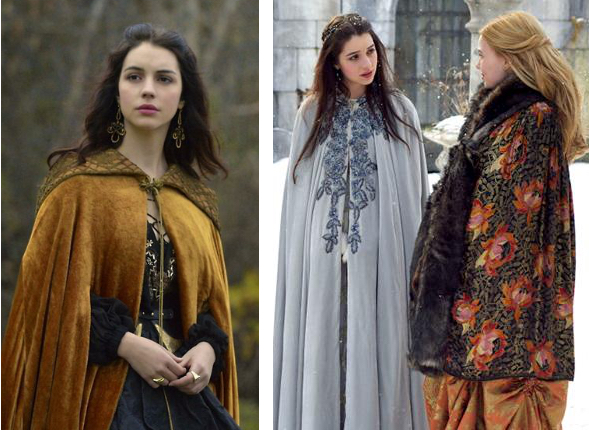 In her own wardrobe, Meredith Markwork-Pollack loves mixing vintage and contemporary pieces. “People have such a limited idea of vintage, that you have to wear head to toe vintage, and that’s not true at all.” 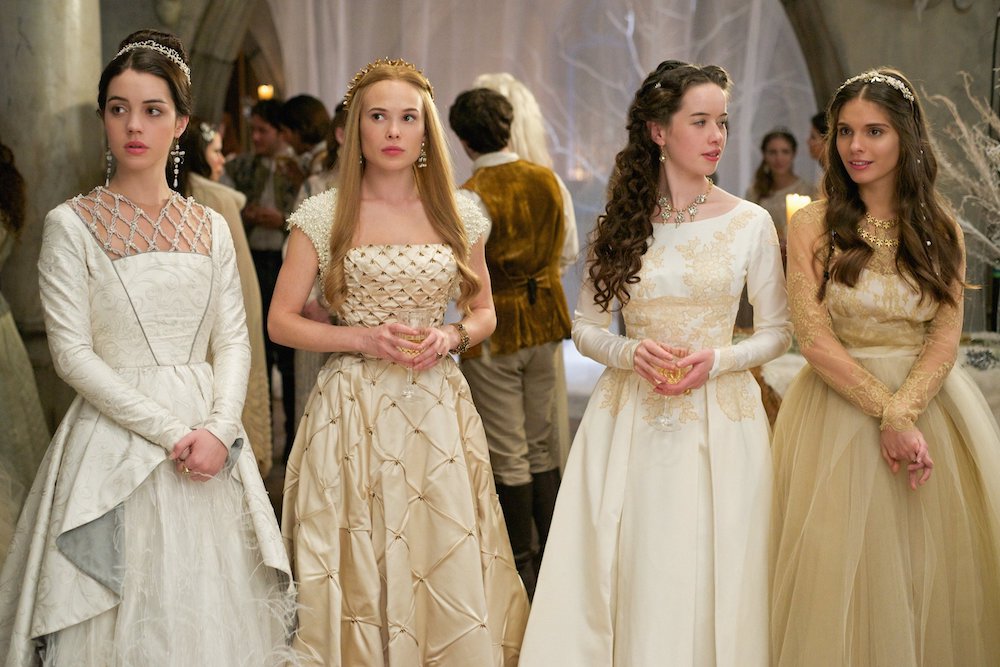 For the holidays, she advises utilizing the same ultra-elegant aesthetic as the show. “It’s so nice to throw on a silk Armani vintage blouse and pair it with contemporary pieces that you may not think would ordinarily go with it. So many times I was buying vintage or off the rack pieces and I add a lace overlay.” Meredith Markwork-Pollack’s mix and match advice is sound, as evidenced by the current public obsession with all things Reign.